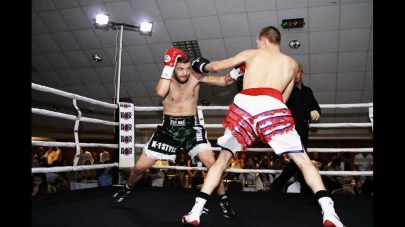 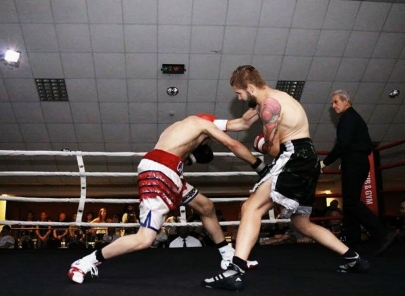 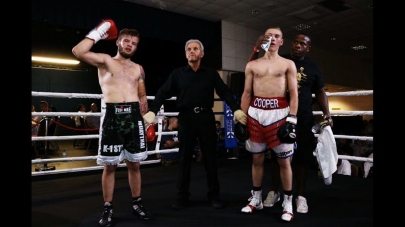 Bailey ‘BadBoy’ Sugden is well known on the fight circuit for always putting on an entertaining performance in exciting tear ups. And Saturday 6 August was no exception, although this time he showed a different side to his game on the card of Rise of the Champion Returns in Walsall.

The Suggy’s Gym 18 year-old was due to fight under professional K-1 rules but with fewer than three weeks to go to the event his opponent pulled out. Despite promoter Gavin Burrows’ attempts to arrange a rematch, there were no takers, a clear indication of Bailey’s growing reputation as the one to avoid.

“Bailey’s happy to fight under any discipline and, in true Suggy’s Gym style, he didn’t hesitate to accept the offer of a semi-pro boxing match against Shaun Cooper from Elite Boxing in Bromsgrove,” said head coach Dean Sugden. “The weight was agreed at -65kg which Bailey made and, even though his opponent weighed heavy, the Newark camp wasn’t worried or put off.

“Bailey spars regularly with his older brothers Chad and Regis and his cousin Fergus Taylor, so we were always confident about him under boxing rules. And knowing we had a top boxer facing us just gave us added incentive and motivation.”

It was clear from the start that Bailey was not going to waste any time as he set about his opponent with fast hands and good combinations. Trying to put it on Bailey, Shaun just made things worse for himself and the Newark fighter was all over him while showing calm and patience, traits which have not always been evident in his arsenal.

The second and third rounds saw Bailey continue to dominate and wobble his opponent several times with big shots and good technique. “He had an answer for whatever was thrown at him and by the end of the fight, when to no-one’s surprise Bailey was declared the unanimous winner, Shaun looked as if he’d done three rounds with Mike Tyson,” added Dean.

Already in training for his next fight, Bailey described the bout as a great warm up for his appearance in front of a home crowd on the card of The Road to Glory 3 on Saturday 1 October. “I’ve boxed as an amateur several times and in K1 you need great hands to get to the top, which is where I am headed.

“The atmosphere at the Magnus Sports Centre in October, when I’m up against the current Ultimate Gladiator champion Irtaza Haider from Paul Daley’s gym Spirit Dojo, is going to be electric. This is one fight that’s going to be remembered for a long time – he’s never been defeated and I just hope he turns up, because someone’s unbeaten record has to go that night and it won’t be mine!”